Not to worry, while our looks may have changed, we are still the same underneath. 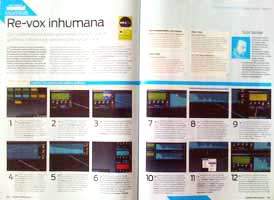 “ It's just a few notes of the additive choir... I want to create something similar to this using a native soft synth. KarmaFX Synth (get the demo from karmafx.net) has an additive oscillator, so let's try that. ” 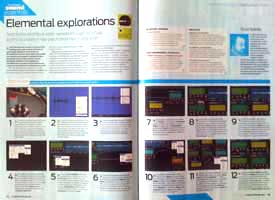 “ ...Play a low note and crank the Frequency knob all the way down. Those sounds are superbly atmospheric. ” 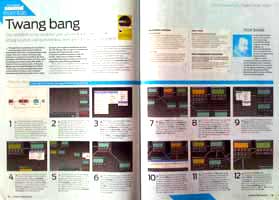 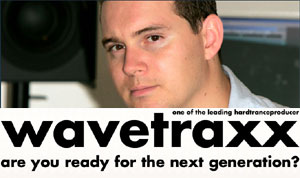 Wavetraxx, alias Chris Menzi, one of the leading hardtrance producers has used KarmaFX Synth Modular on his latest track!!

Click on the sample below for a great, exclusive and still un-released(!), hardtrance mix showing off KarmaFX Synth Modular!

KarmaFX Synth Modular 1.10 has been released. See full changelog below. Registered users should have received a notification e-mail and can update online by using the download link or by using "Check for Update Now..." inside the synth.

KarmaFX Synth Modular 1.09 has been released. See full changelog below. Registered users should have received a notification e-mail and can update online by using the download link or by using "Check for Update Now..." inside the synth.

Some of the best user banks from stuff are now bundled with the registered version, including: Alexeus Knober BASS, Consonance, Gonzo, PsyKick, PsyBass, Teh Flos Bank and The Fall. Enjoy! That's more than 1300+ patches total!!

Synth Modular price has been adjusted to take into account the recent drop in the US dollar.

A bunch of new video tutorials have been added to the stuff section.
They show selected features in the synth and are targeted at both beginners and advanced users. 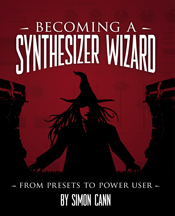 KarmaFX Synth Modular is featured in a new book on Becoming a Synthesizer Wizard: From Presets to Power User by Simon Cann.

The book is an exploration into the world of synthesizers which will guide you through an introduction to synthesis, synthesizers, and sound creation in the digital realm, the building blocks of synthesis, synthesizer construction and sound design and synthesizer architecture.
Simon Cann is a writer based in London. He is the author of a number of music-related books, including: How to Make a Noise, Cakewalk Synthesizers: From Presets to Power User, Building a Successful 21st Century Music Career, Rocking Your Music Business, and Becoming a Synthesizer Wizard: From Presets to Power User.

KarmaFX Synth Modular 1.08 has been released. See full changelog below. Registered users have received a notification e-mail and can update online by using their new download link or by selecting "Check for Update Now..." inside the synth.

KarmaFX Synth Modular 1.07 has been released, containing feature additions and some essential bugfixes. See full changelog below. Registered users have received a notification e-mail and can update online by using their new download link or by selecting "Check for Update Now..." inside the synth. 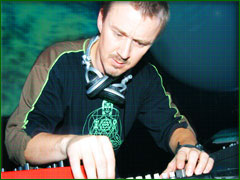 "...Find attached a small Cosmosis bank of psychedelic trippy delay patches for the excellent vst delay plugin by KarmaFX. If you're making Psy-trance, then delay is probably the most important effect to create a psychedelic or trippy vibe. The KarmaFX plugin is one of my favourite delay plugs in my vst folder as it contains a filter in the feedback loop, enabling dub effects as well as lots of control over panning the repeats - straight pan delay, stereo delay or L,C,R delays are possible."

KarmaFX Synth Modular 1.06 has been released. Bugfixes only. See full changelog below.
Registered users can either update online by selecting "Check for Update Now..." in the menu
or use their most recent download link again for getting the full installer.

KarmaFX Synth Modular 1.05 has been released.
A few nifty features have been added and a fresh install is required. See full changelog below.
Registered users should have received their download link by e-mail. 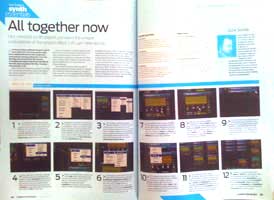 Scot Solida uses KarmaFX Synth Modular to fatten up waveforms while uncovering the unique undulations of the unison effect (without even touching the unison module). All in this months Synth Essentials column.

“ We'll can take control over each and every parameter, giving our unison tone a distinct edge over the prefab variety. All we need is a modular synth and a computer with enough grunt to run the thing! ” 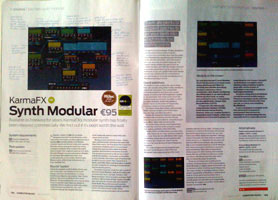 KarmaFX Synth Modular is reviewed in the January issue of Computer Music Magazine. It receives a whopping 9/10 rating and their Computer Music Value Award!

“ If you're looking for a modular synth that works well in a sequencer environment, then we have no hesitation in recommending this one, especially as it's so reasonably priced. ” 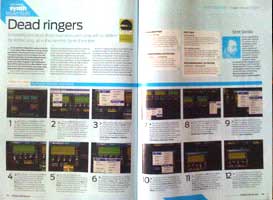 “ We need a lot of flexibility to create the ringing filter signal path, so a modular synthesiser is an obvious choice. As usual, I'll be calling upon KarmaFX Synth Modular... ”

KarmaFX Synth Modular 1.04 and KarmaFX Plugin Pack 2.1 have been released.
The updates mainly contain bugfixes. See changelogs below.
A couple of new features have been added to the Synth and a fresh install is required.
Registered users should have received their new download link by e-mail.
Synth Modular price has been adjusted to take into account the recent rise in the US dollar. 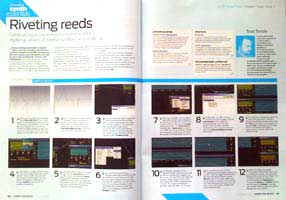 “ ...While we could do a pretty good job of this with a virtual analogue, I think better results can be obtained from something a little more cutting-edge...We need a synth with an additive oscillator. KarmaFX does the job, as ever... ”

In another article in the very same issue, KarmaFX Synth is also used to recreate well known Sci-Fi sounds!

The Stuff section has been updated with a couple of new entries.

Legendary Goa- and Psy-Trance producer and pioneer, Bill Halsey (the man behind Cosmosis and Mumbo Jumbo) has generously posted a collection of patches for KarmaFX Deelay that he uses. Also, some KarmaFX Synth banks posted on the forum earlier on have now found their way to the Stuff section.

KarmaFX humbly thanks the contributors!