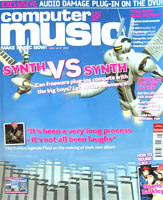 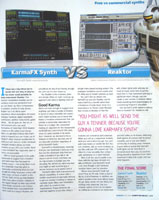 The KarmaFX Synth Modular is reviewed in this month Computer Music and compared to Reaktor, a 300£ commercial synth. It scores 8.6, where Reaktor scores 8.8. KarmaFX Synth is given 9 out of 10 in Ease of use, Sound quality and GUI; and 8 out of 10 in Flexibility and Features. Not bad for a beta.

“...We decided to focus instead on what has become one of our favourite modulars regardless of price: KarmaFX Synth. KarmaFX is donationware, meaning that you can download it for free, but the developer asks that you make a donation if you like it. He doesn't ask for much, and there are no nag screens to badger you into donating. We will tell you right now that you might as well send the guy a tenner, because you're gonna love it. ... ”

Available in Plugin pack 1.8. Full list of changes below.

Another KarmaFX Synth Tutorial in this Month's Computer Music 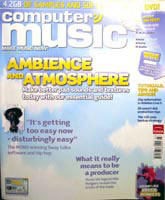 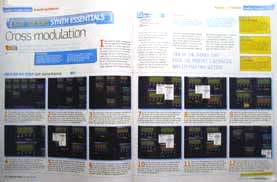 “ Simply put, the Poly Mod section of the Prophets enabled users to route the outputs of Oscillator 2 or the filter envelope back to Oscillator 1 or the filter itself. We can, of course, do the same with modern modular software. And so we shall, calling once again upon the KarmaFX Synth...”

All plugins have been updated, and the KarmaFX Equalizer has been added to the pack.
Full list of changes below. 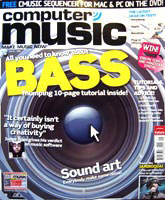 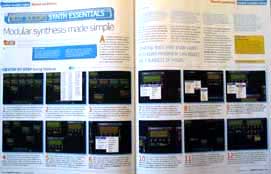 The KarmaFX Synth Modular is used in Scot Solida's two-page Synth Essentials column: "Modular synthesis made simple". Among other things, Scot shows how to setup a simple patch and modulate a filter's cutoff knob using an ADSR.

“ This is an incredibly powerful yet easy-to-use software modular synthesis environment for the Windows platform. ...as it's donationware, the developers ask that you make a small contribution if you dig it. And believe me; you are going to dig it! ”

Available in Plugin pack 1.6. Full list of changes to the synth is listed below. 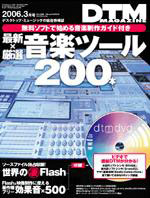 The KarmaFX Plugin Pack is featured in this months DTM Magazine,
a Japanese monthly magazine for computer-based music production and multimedia technologies.

KarmaFX Synth 0.91 in Plugin pack 1.5 has been updated.
Note that version number is left unchanged.

Available in Plugin pack 1.5. Full list of changes to the synth is listed below.

Besides improvements to the KarmaFX Synth the plugin pack now also includes the KarmaFX Reverb (Yes, finally!).
One of the synths main new features is its new step sequencer (as promised). Full list of changes to the synth is listed below.

Yes, plugin pack 1.3 is out. All plugins in the pack have been updated!


KarmaFX Synth endorsed in the June 2005 edition of Future Music. 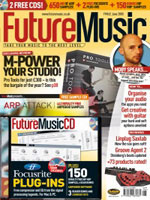 Forum and F.A.Q added to the webpage

The KarmaFX F.A.Q. and the KarmaFX Forum has been added to the webpage. The Forum is meant as a service where users can ask for help, suggest features, share patches, report bugs, or just talk about music making in general. Bugs will also be reported there as soon as they have been confirmed.

KarmaFX Deelay 1.1 and Filter 1.1a released